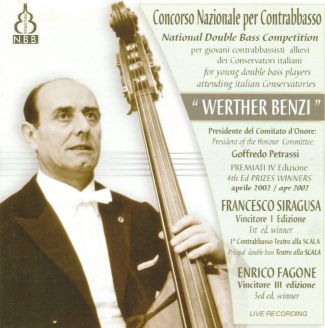 Articolo aggiunto! Sfoglia la lista dei desideri
L'articolo selezionato è già presente nella tua lista dei desideri! Sfoglia la lista dei desideri
Tags: Bottesini, Calderone, Concorso, Contrabbasso, Fagone, Finalisti, Fryba, Hauta-aho, Koussevitzky, Rachmaninoff, Rescaglio, Salvaderi, Siragusa, Werther Benzi
Meet the Artist
Dario Calderone
Dario Calderone (1978) is one of the most representative double bass players of his generation.  Trained as a classical performer, he decided early in his career to focus on new experimental techniques and on the repertoire of the last 40 years. He is one of the few pupils of Stefano Scodanibbio and has also studied musical theatre with Georges Aperghis at the HKB of Bern.
Dario Calderone is highly regarded as a chamber musician and soloist: he is a member of  the Nieuw Ensemble (NL), Ensemble Algoritmo (IT) and Ensemble Laboratorium (CH), and has been often invited to collaborate with ASKO/Schoenberg ensemble and Klangforum Wien.
He has collaborated with a number of composers such as Salvatore Sciarrino, Ivan Fedele, Yannis Kyriakides, Georges Aperghis, Beat Furrer, Bernhard Lang, Terry Riley, Louis Andriessen, Robert Ashley and a number of composers of his own generation in the creation of new pieces for solo double bass or chamber music with double bass. In 2008 he co-founded CO2, a duo with the flutist Riccarda Caflisch.
He has recorded for Wergo, Stradivarius, Attacca Records, Dynamic, Unsounds and  Nbb Records.
He has given masterclasses in the Accademia di S. Cecilia in Rome, the Conservatorium van Amsterdam, the Uzbekistan state conservatory and the Shanghai Music Academy. His prizes include first prize at the W. Benzi competition in 2002 and IMD Darmstadt Stipendiumprize in 2006.
He plays a Chanot double bass from the beginning of XIX and a 5string Mattei, copy of Marcucci (1984).
https://dariocalderone.com
Products of Dario Calderone 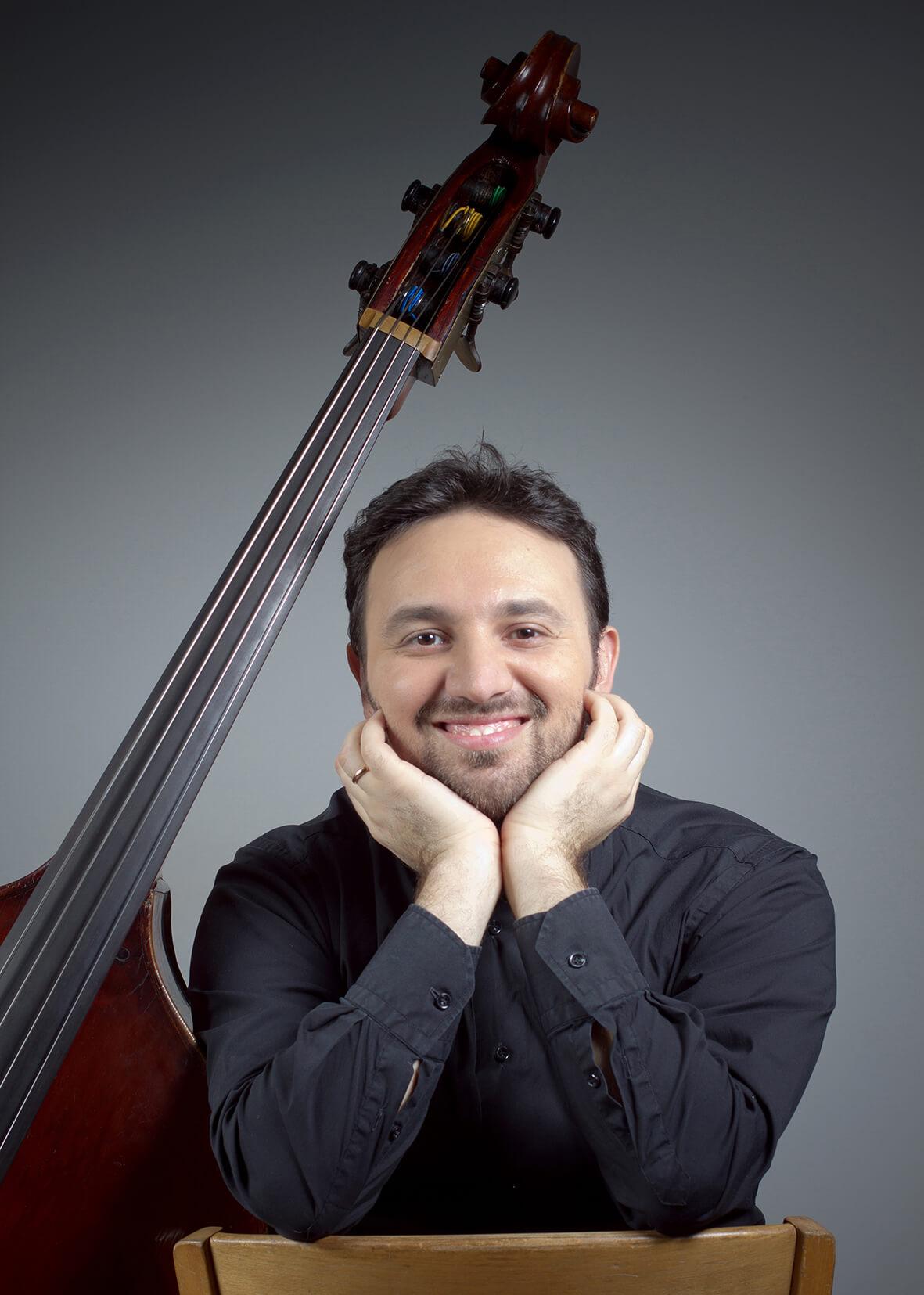 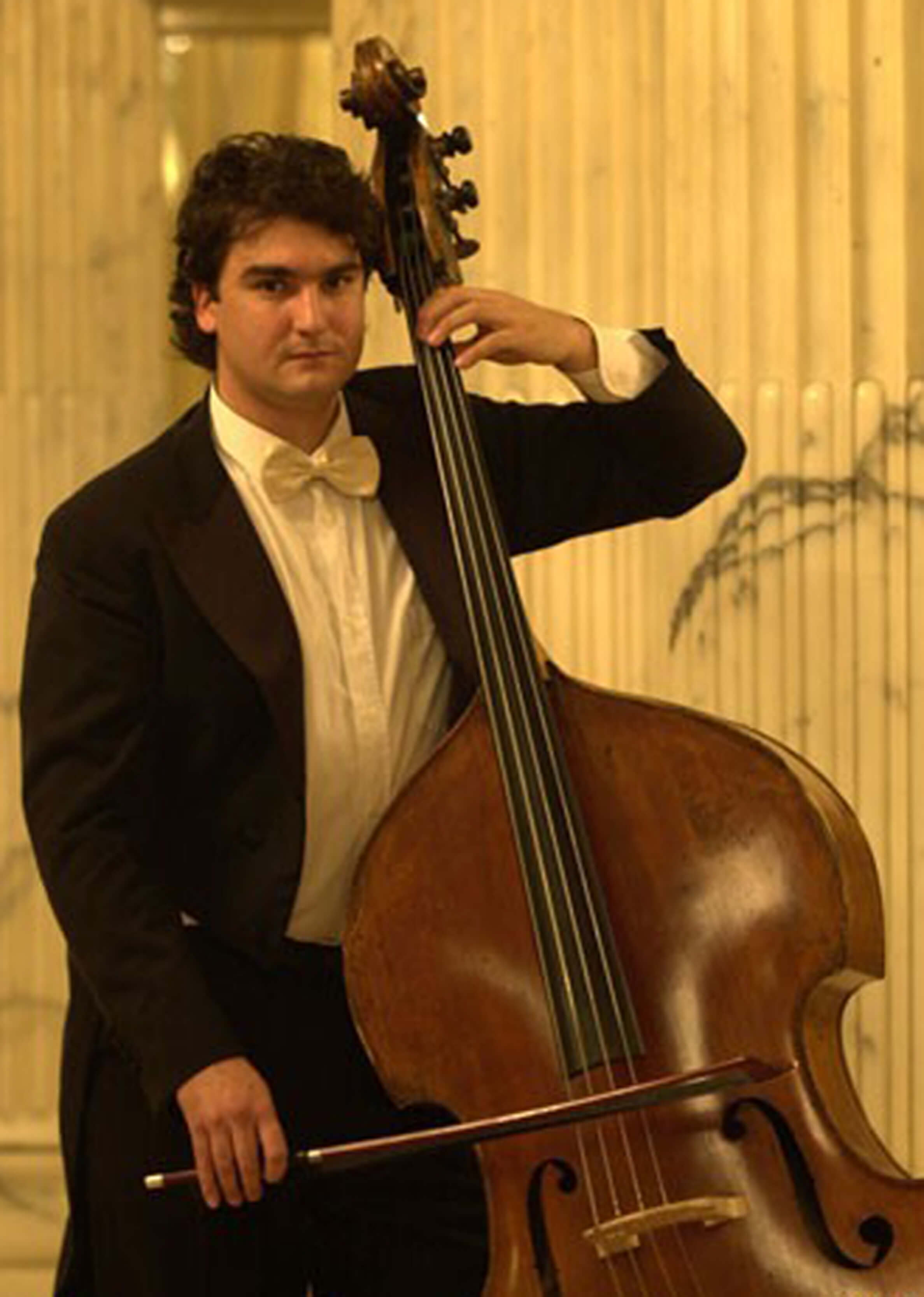 Francesco Siragusa
Francesco Siragusa is the first double bass soloist player of the Milan La Scala Orchestra and of the La Scala Philharmonic Orchestra. Winner of the most important international music competitions: the first prize at the Giovanni Bottesini International Competition for double bass players and the second prize at the CIEM International Competition of Geneva, thus becoming a reputed artist all over the word.
In 2002, when he was just 26 years old, he won the competition and became first double bass player at La Scala Theatre. He exhibited himself as soloist in Italy and abroad: at the Alighieri Theatre (Ravenna), the Dal Verme Theatre (Milan), the Stadthalle (Hagen), Filharmonia di Varsavia (played Bottesini with La Scala Philharmonic Orchestra for the Celebrations for the 150th Anniversary of the Unification of Italy) Institut National Genevois (Geneva), the Auditorium of Aarau, the Macedonio Alcalà (Oxaca, Mexico), the La Scala Theatre (Milan), Teatro Grande (Brescia) and so on.
He is a member of the group "I Virtuosi del Teatro alla Scala". With this group he exhibited himself at the Musikverein of Vienna and played (for the first time at the La Scala Theatre) the Bottesini's Allegro Concert in Mendelssohn style. His performances are very much appreciated thanks to his extraordinary temperament and to the great “cantabilità” he enhances to double bass.
He recorded an album with Giovanni Bottesini piano and double bass music for the "Concerto Edizioni musicali Musicmedia" label. The album has been republished due to its great success. Then he published the II volume of Bottesini piano and double bass music for the prestigious music magazine Amadeus (that for the first time dedicated an album and a cover to double bass). In 2010, together with the group "I Virtuosi del teatro alla Scala", he published a new album of Bottesini double bass and orchestral pieces for the Amadeus magazine.
He is also a teacher: he has run for 4 years the advanced training courses at the  Perosi Academy of Biella, he runs advanced training courses at the La Scala Academy and runs regularly national and international masterclasses.
http://francescosiragusa.it/en/
Products of Francesco Siragusa