Dario Calderone (1978) is one of the most representative double bass players of his generation.  Trained as a classical performer, he decided early in his career to focus on new experimental techniques and on the repertoire of the last 40 years. He is one of the few pupils of Stefano Scodanibbio and has also studied musical theatre with Georges Aperghis at the HKB of Bern.

Dario Calderone is highly regarded as a chamber musician and soloist: he is a member of  the Nieuw Ensemble (NL), Ensemble Algoritmo (IT) and Ensemble Laboratorium (CH), and has been often invited to collaborate with ASKO/Schoenberg ensemble and Klangforum Wien.

He has collaborated with a number of composers such as Salvatore Sciarrino, Ivan Fedele, Yannis Kyriakides, Georges Aperghis, Beat Furrer, Bernhard Lang, Terry Riley, Louis Andriessen, Robert Ashley and a number of composers of his own generation in the creation of new pieces for solo double bass or chamber music with double bass. In 2008 he co-founded CO2, a duo with the flutist Riccarda Caflisch.
He has recorded for Wergo, Stradivarius, Attacca Records, Dynamic, Unsounds and  Nbb Records.

He has given masterclasses in the Accademia di S. Cecilia in Rome, the Conservatorium van Amsterdam, the Uzbekistan state conservatory and the Shanghai Music Academy. His prizes include first prize at the W. Benzi competition in 2002 and IMD Darmstadt Stipendiumprize in 2006.

He plays a Chanot double bass from the beginning of XIX and a 5string Mattei, copy of Marcucci (1984).
https://dariocalderone.com

Products by Dario Calderone
Other Artists 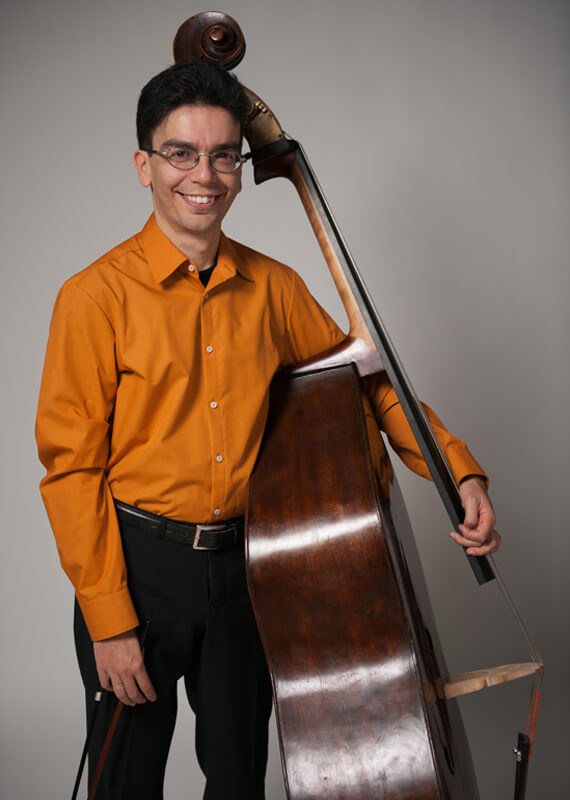