But perhaps not everyone knows that Giuseppe (Pino) Ettorre, our dearest friend, is NBB artist since 2001, when he recorded for our label “Il gioco delle pietre sull’acqua”: an album in which, next to classic pieces of Bottesini, Glière, Telemann, Sperger and Eccles, just to testify Ettorre’s extreme versatility and transversality, also appear a piece by Chick Corea and two of his own compositions.

Later he entered our catalogue again with the album “Amico mio” (2003) with the guitarist Andrea Benzoni and the viola Danilo Rossi. This album contains some Benzoni’s compositions and transcriptions from jazz (Ellington), rock (The Animals) and classic (Ravel) repertoire.

In 2004 NBBrecords releases Ettorre’s album “Castore e Polluce”, a collection of double bass’s classics (Sammartini, Berio, Mišek, Henze, Piazzolla) and compositions by Ettorre himself, including the one that gives its name to the album. We can also hear the voice of one of Pino’s sons, recorded many years before (a small note of tenderness, as well as of unusual sonority …). We have here a beautiful review by Riccardo Valsecchi about “Castore e Polluce” : http://win.xbass.org/Ita/XbassN0/castpol.htm

Recently, Giuseppe Ettorre comes in the NBB catalogue again with the album “Tribute to Teppo” (2016) where he plays “Hommage à Giovanni Bottesini” and “Ufo’s dance” by Teppo Hauta-aho.

Dear Pino, we are happy with your great presence on our small label! 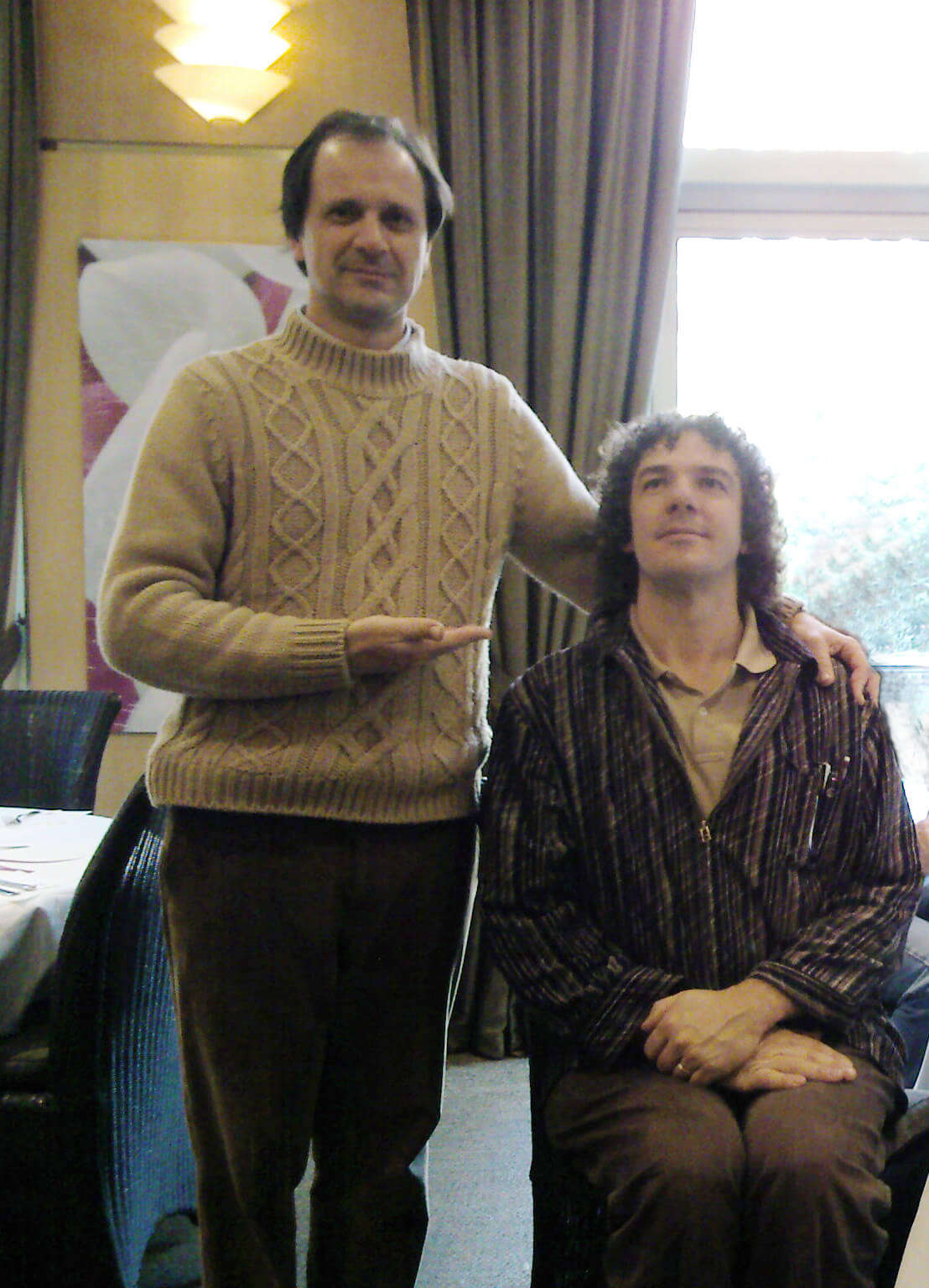