Daniel del Pino was born in Lebanon in 1972 of spanish parents. He started his piano studies in Rabat (Morocco), then he continued at the Real Conservatorio Superior de Musica of Madrid (Spain), Yale University and Southern Methodist University in Dallas (USA). His teachers were Marisa Villalba, Julián López-Gimeno, Peter Frankl and Joaquín Achúcarro. He was a Piano Professor at the Toledo Conservatory in Spain and is currently part of the Faculty at Musikene (Superior Conservatory of the Basque Country).

He has been an adjudicator at numerous national and international piano competitions and has given masterclasses at the “Klagenfurt Masterclass” (Austria), EuroArts Festival and Academy in Leipzig (Germany), Boston and Houston Universities, Barratt Due Institute in Oslo (Norway), Cap Ferret Academy (France), Jordan Academy of Music (Jordan), San Esteban de Gormaz, Presjovem in Cordoba (Spain), in Tucson and Washington (USA) and the Edward Said National Conservatory of Music (Birzeit University, Palestine).

His performances have been broadcasted by the RNE (Spanish Public Radio), RTVE (Spanish Public Television), SWR 2 (Sttutgart, Germany), Morelia (Mexico), Brasov, Bucharest and Cluj Televisions (Romania), Boston WGBH, Chicago WFMT, Dallas, Libreville, Taiwan National Television and Sydney ABC radios. He has recorded the complete Chopin etudes under the label Verso, the CD “Live in Villa San Lorenzo” with the double-bassist Alberto Bocini (NBB Records), the complete Goyescas by Granados (Verso) as well as the CDs “Minds” (violin and piano) and “No Seasons” (violin, voice, piano and orchestra) with violinist Ara Malikian and the Non-Profit Chamber Orchestra. Most recently the CD “2+2 4 Kapustin” was released, with music by Kapustin with premiere recordings of his concerto for two pianos and percussion along with Ludmil Angelov and Neopercusion. In February 2012 his CD “Looking back over Chopin” (along with saxophonist, voice-flutist and clarinetist Andreas Prittwitz) was released, with a new perspective on the music of Chopin, from an improvisational point of view. This CD was recorded and presented at the Thyssen-Bornemisza Museum in Madrid. Most recently he recorded “Gyspy Inspiration” with flutist Vicent Morelló for Eudora Records Label.

Since 2010 he serves as the Artistic Director of the concert series “Cita con los Clásicos”, in Guadarrama and from 2014 also from the Festival that is organized by Sierra Musical around Madrid. He is part of the faculty as a piano professor at Centro Superior Katarina Gurska, in Madrid. 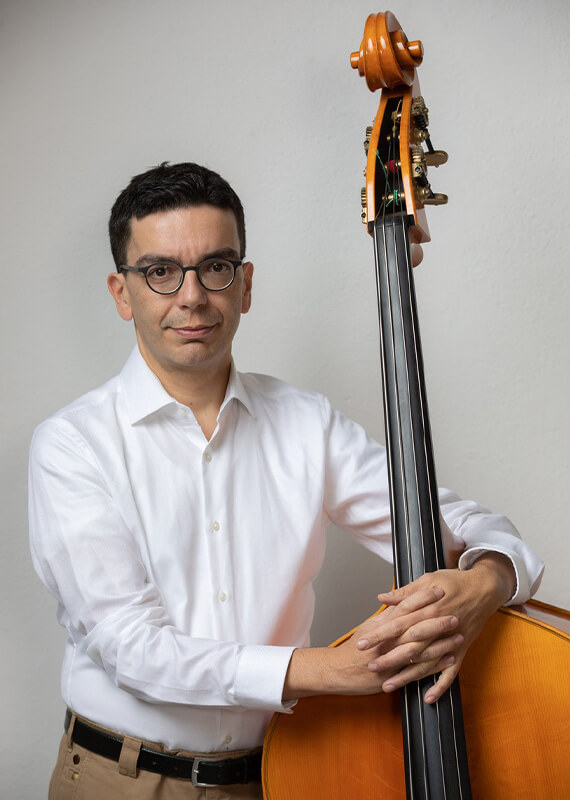