View cart “Concorso Nazionale per Contrabbasso “WERTHER BENZI” IV Ed. 2002” has been added to your cart. 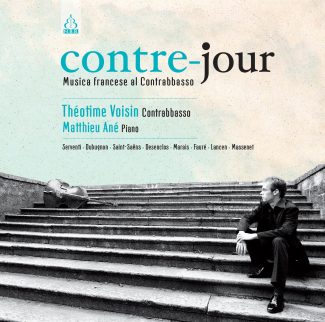 Théotime Voisin
For Théotime Voisin, the double bass is a boyhood passion which has continued to grow over the years. His musical qualities- excellent technique, precision, a limpid style, and an interest in the most diverse aspects of music- have allowed him to explore a considerable portion of the classical literature for the double bass.
Joining the European Union Youth Orchestra for 6 consecutive years at just fourteen, he quickly becomes an appreciated substitute player in the main french orchestras. After spending the 2013-2014 concert season as guest principal double bass of the Swiss Romande Orchestra in Geneva, he wins in 2015 the principal position of the Orchestre National du Capitole de Toulouse , and is currently assistant principal double bass in the Royal Concertgebouw Orchestra of Amsterdam.
A reputed chamber musician, Théotime Voisin has played with a number of chamber music ensembles in France and abroad. On several occasions, he has been invited to take part in the Seiji Ozawa International Academy Switzerland working with Robert Mann of the Julliard Quartet, Nobuko Imai, Kazuki Yamada and Seiji Ozawa. He also performed at the Verbier festival in Switzerland with Martin Fröst, Julien Quentin, and Daniel Lozakovitch, and at the Pablo Casals Festival.
He is also regularly invited to perform as soloist with orchestra, or in recital. His interest in contemporary music led him to premier a work for the Radio Suisse Romande in October 2010 and to integrate the Lemanic Modern Ensemble in Geneva. Furthermore, he joins in 2014 the Lucerne Festival Academy to work with members of the Ensemble Intercontemporain.
Théotime Voisin was born in 1992. He first became interested in the double bass at 5 thanks to Jean Ané, principal double bassist at the Montpellier National Orchestra. At fifteen, he undertook studies at the Conservatoire National Supérieur de Musique de Lyon with Bernard Cazauran, principal double bassist at the Orchestre de Paris , and graduated with highest honors.
He continued his studies with the Italian virtuoso Alberto Bocini at the Haute Ecole de Musique de Genève where he obtained an instrumental soloist Master's degree with highest honors and received the Henry Brolliet Prize. He went on to study at the Bern Hochschule der Künste with Rinat Ibragimov, principal double bassist at the London Symphony Orchestra.
He concludes his studies in 2016 with a Soloist Diploma in the class of Božo Paradžik at the Freiburg Musikhochschule where he was awarded the Spehl Prize. He has taken part in numerous master classes in which he has had the opportunity to perfect his technique and musicianship with such acclaimed double bassists as Jean-Paul Céléa, Jurek Dybal, Giuseppe Ettore and Duncan McTier.
Théotime Voisin has won awards at a number of international competitions: the 2008 Valentino Bucchi International Competition in Rome, the 2010 Festival Musical d'Automne de Jeunes Interprètes International Competition, the 2010 Sperger International Competition (Interpretation Award), the 2011 International Society of Bassists Solo Competition in San Francisco, and the Bass 2012 International Solo Competition in Copenhagen. He also received support from the Fondation d'Entreprise Banque Populaire.
In October 2011, his adventurous spirit and generosity inspired him to organize a fund-raising tour in Ecuador for the benefit of children with cancer. He took advantage of his stay in Ecuador to offer master classes in several conservatories and collaborate with the Ecuadorian popular singer Hernan Sotomayor.
He has recorded in 2013 a CD dedicated to french music on italian label NBB records, with pianist Matthieu Ané, « Contre-jour, Musica francese al Contrabbasso ».
Théotime Voisin plays a double bass crafted by French string instrument maker Jean Auray.
Products of Théotime Voisin 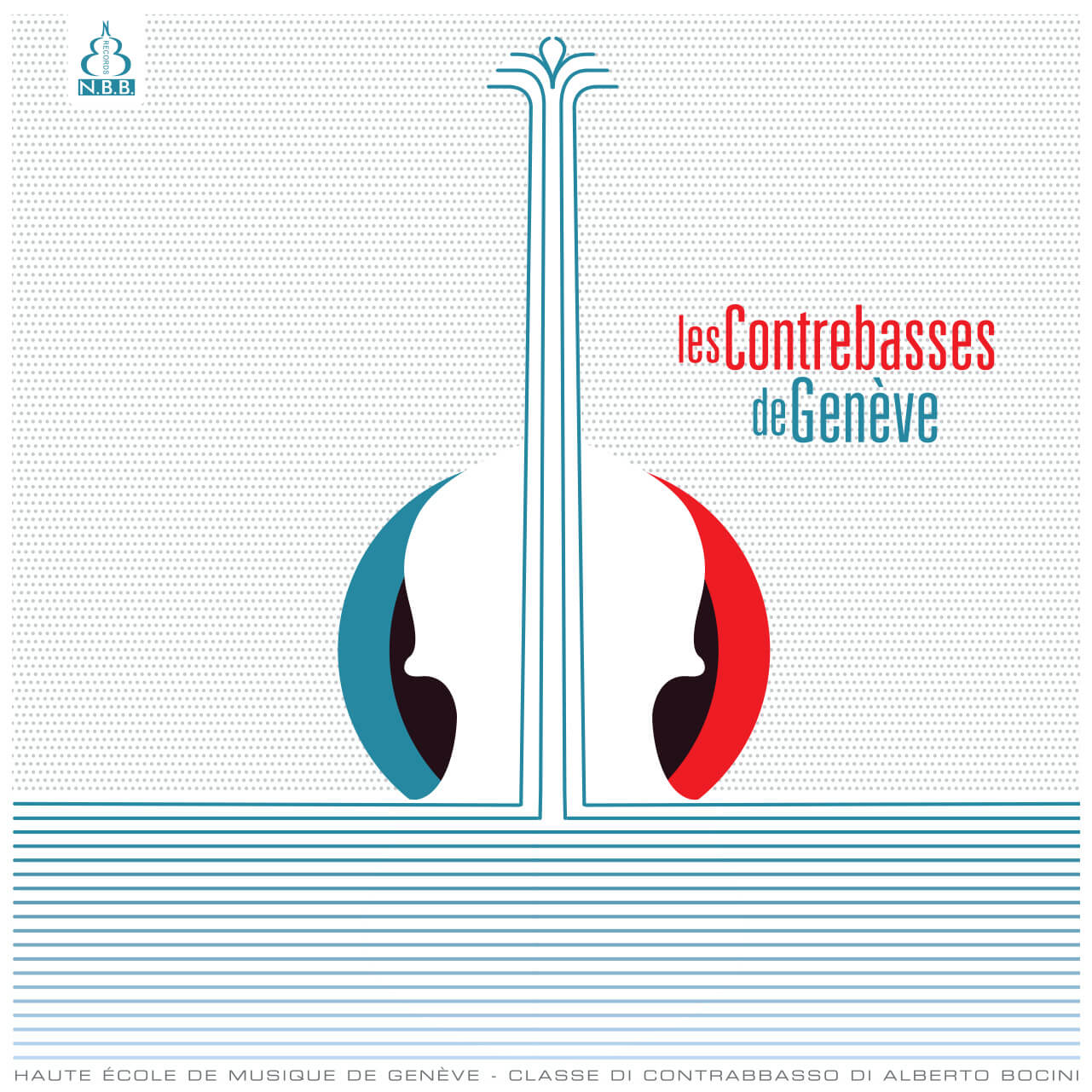 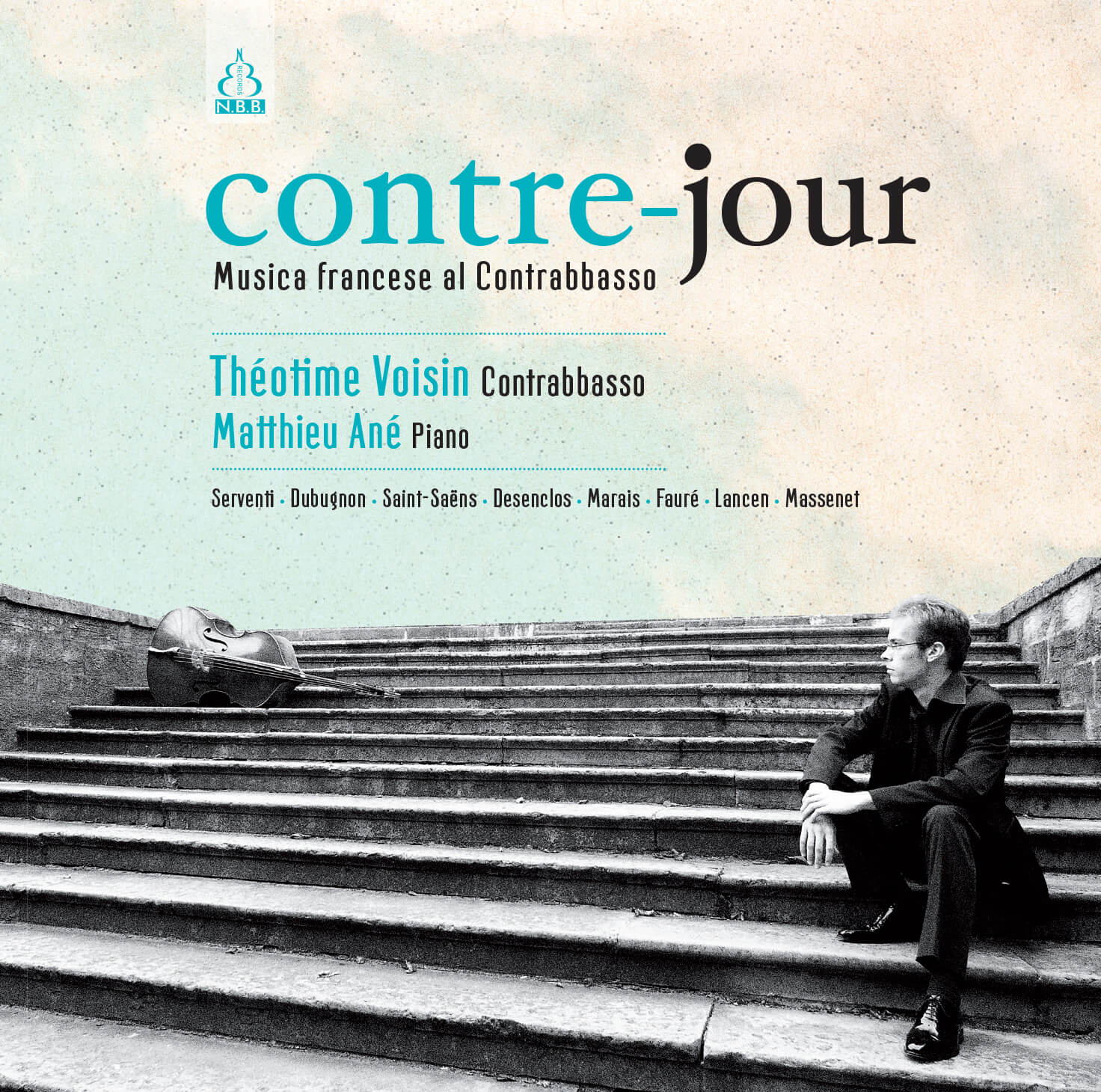